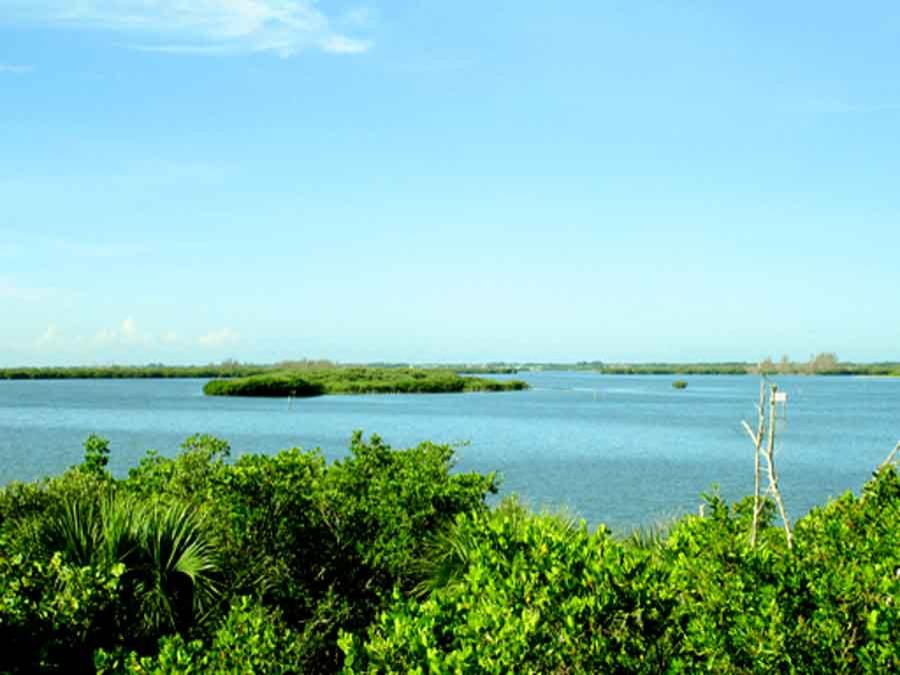 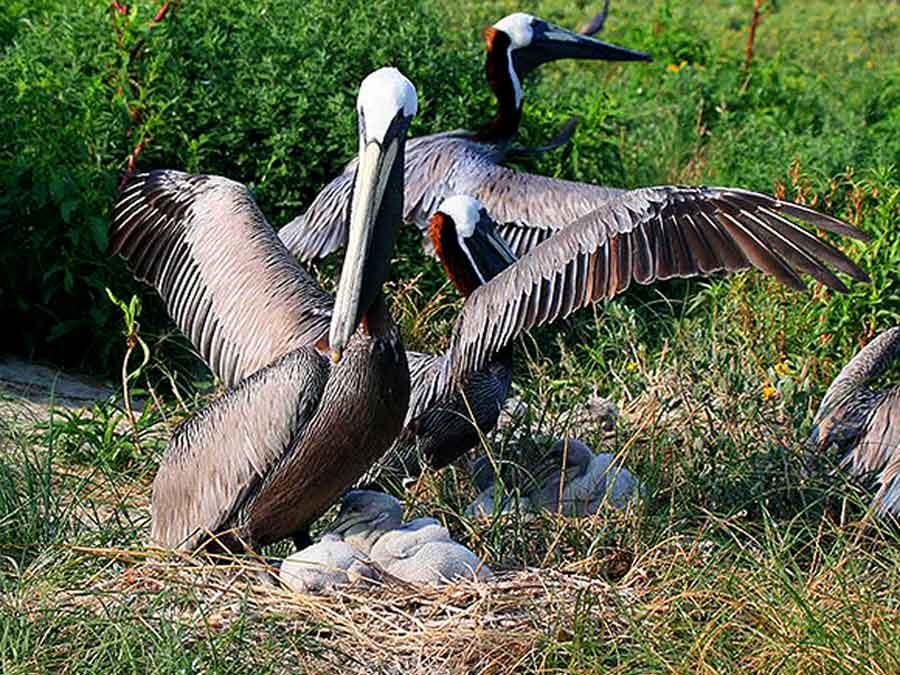 Introduction
March 14, 2003, was a milestone in American history. It marked 100 years of caring for America's wildlife by giving them protected environments in which to live and nurture their young. The movement began in 1903 when Sebastian resident Paul Kroegel and others helped to convince, then President, Theodore Roosevelt, that the birds of Pelican Island needed to be protected from feather hunters. President Roosevelt established Pelican Island as the nation’s first National Wildlife Refuge creating America's wildlife conservation movement.

Pelican Island’s Past
When Pelican Island became a protected territory in 1903, it was lush with mangroves and populated with pelicans and many other varieties of nesting birds. Over the years, wind and erosion have reduced the island by nearly 50% making it the nearly barren sand spit that it is today. And although nesting populations of pelicans and other birds are today stable, the available mangrove-nesting habitat is decreasing.

Current Restoration
Land Erosion Stemmed. Steps have been taken by the U.S. Fish & Wildlife Service to stem the erosion on Pelican Island. The first restoration phase included planting smooth cord grass and installing an oyster shell breakwater along the north shoreline. The second phase included creating an additional oyster shell wave break and planting smooth cord grass and red mangroves along the northern and western shorelines. This will reduce and/or deflect wave energy from the island, and restore nesting and foraging habitat for birds. The third phase may include the placement of an offshore wave break for the long-term protection of Pelican Island.

The water table is being restored to historic, natural conditions and soils have begun to be excavated to appropriate depths necessary to support natural fresh and estuarine plant and fish communities. These habitats will be managed for the long-term benefit of all wildlife.

Centennial Trail
The “Centennial Trail” is the refuge’s first land-based public facility located between the Atlantic Ocean and The Indian River Lagoon off North Jungle Trail. The facility allows an unprecedented view of the Pelican Island rookery from an observation tower. Pelican Island can also be viewed from tour boats, canoe and kayak expeditions.