Advertise with us
Home >> directories >> Medical Directory >> A Moment's Notice Health Care >> All Blog Articles >> Caring for Others Makes Us Healthier and Stronger.

Caring for Others Makes Us Healthier and Stronger. Share this page: 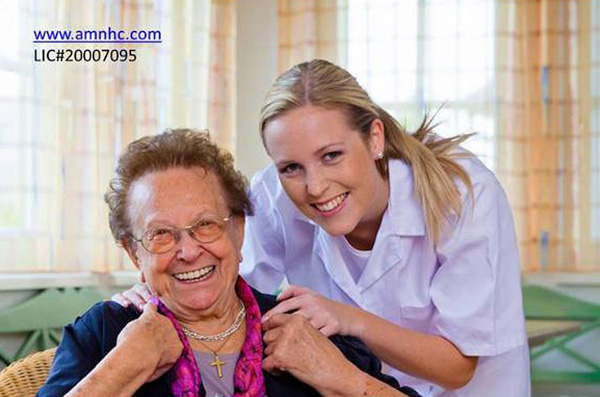 A Moment's Notice Health Care has quite a number of caregivers who could be retired at this point in their live. Yet they choose to continue to provide care for those who choose to age in place in there own homes.

Caring for Others Makes Us Healthier and Stronger

Psychologists and sociologists use the term “social capital” to define how close your ties are to family, friends and community, and there’s no question that the more “social capital” you have, the better your mental and physical health.

Numerous studies have shown that people with stronger social networks have lower rates of depression, better physical health and longer lives. Other studies have been even more specific; one found that older people who were more socially active had significantly less cognitive decline over a 12-year period than those who were more isolated.

And while everyone benefits from close social ties, when it comes to caregiving specifically, caregivers seem to benefit even more than those they care for. As one study puts it, “Providing social support may be more beneficial than receiving it.”

We’ve all heard the advice: “Every man for himself,” “It’s a “dog-eat-dog world” or even “Nice guys finish last.” But here’s the surprising truth: Helping others and taking care of loved ones is a much better strategy for success than putting ourselves first. That’s the conclusion of a new wave of research, which is demonstrating that it’s “survival of the kindest,” not “survival of the fittest,” that is most likely to bring us happiness, health, respect and a strong future.

This is particularly good news for the vast army of caregivers in America — 34 million and counting, according to the latest statistics from the Centers for Disease Control (CDC) — who provide unpaid care for a family member or friend due to illness, age or disability. If you’re a caregiver, you know that your efforts often go unrecognized, unacknowledged, even unthanked. But did you also know that when you act on your instincts to be kind, compassionate and generous toward others, you’re strengthening yourself, your family and even society for the future?
We’re Wired to Be Kind

Once upon a time, psychologists believed we were wired to be selfish, to look out for ourselves before all else. But according to Dacher Keltner, professor of psychology at the University of California at Berkeley and author of Born to Be Good: The Science of a Meaningful Life, they got it wrong. “Contemporary neuroscience tells us we have these evolved capacities to care for the vulnerable, to protect those that need protecting,” Keltner says, explaining that kindness is like a muscle that gets stronger with use. “When you really practice it, it’s like an athletic regimen.”

Keltner argues that a key portion of Darwin’s theory of evolution has long been overlooked. Darwin, Keltner and colleagues argue, believed man is inherently “good” and that as a species we’re caring, generous and social. “Kindness has deep evolutionary roots,” says Keltner, who coined the term “survival of the kindest.”

To promote these ideas, Keltner and colleagues founded UC Berkeley’s Greater Good Science Center, which supports ongoing studies into the many ways humans are wired to be compassionate, generous, and supportive toward others.
Rethinking Caregiver Stress

If you’re caring for an aging or ill family member or other loved one, you know that it’s stressful — there’s no question about that. You have a whole host of responsibilities added on top of those you would normally have, so your time and schedule are more pressured. Add to that anxiety and fear about your loved one’s health issues, and you’ve definitely got a recipe for feeling overwhelmed.

Might there be a chemical reaction that happens to caregivers? It’s not that simple, Keltner says, because caring for others also releases chemicals in your body and brain that relieve stress and promote good feelings. For example, taking care of others releases the hormone oxytocin, sometimes called the “love” hormone, which makes you feel more relaxed and at ease.

Oxytocin is also known as the “bonding” hormone, and for good reason, because it makes us feel protective and nurturing toward those more vulnerable than we are. “When you reach out to care for someone more vulnerable, some of the best parts of your nervous system are ready to go, to support you in that,” says Keltner.

In fact, the harder and more stressful your life gets, the more likely you are to reach out and help others, an instinct psychologist Shelley Taylor of UCLA calls “tend-and-befriend.” Taylor’s research has shown that in hard times, oxytocin plays a key role in motivating people — particularly women — to reach out and support those more vulnerable than we are, strengthening social networks.

In other words, when the going gets tough, the tough get caring. And when you reach out, you create and strengthen your ties to the friends, family and community who support you and make your life less stressful. “Stress is the mother of caring, not the other way around,” Keltner says.

Caregiving may give you a longer, stronger life. In past five years, several studies have called into question the entire concept that caring for family members, and seniors in particular, takes “a tremendous toll” (as the CDC puts it) on caregivers. By contrast, these studies suggest that taking care of others gives you better health and a longer life, rather than the other way around.

In one study, revealingly titled Informal Caregiving: A Reappraisal of Effects on Caregivers, Stephanie Brown, coauthor with R. Michael Brown and an associate professor of preventive medicine at SUNY Stony Brook, argues that much of the older research on caregiving’s negative effects failed to take into account the beneficial effects of caregiving on mental and physical health.

Brown studied people who were caring for family members with dementia and other serious illnesses. What she found: Those whose caregiving responsibilities topped 14 hours a week were less likely to die in a seven-year period than a comparable group of adults.

So yes, being a family caregiver gets tiring, and there’s no question you have less time for yourself, which often means less time to sleep, exercise, and eat a healthy diet — and all these things can affect your health. But, says Brown, the “neurobiology of caring” offers reserves of strength that can compensate for the stresses and strains of caregiving, particularly if you have good social support yourself.

“When people have the right circumstances to care for others, research shows they live longer, have better health, and are happier rather than the reverse,” says Keltner.


Stay On Top OF All Things Vero
JOIN OUR EMAIL LIST