Advertise with us
Home >> directories >> Medical Directory >> A Moment's Notice Health Care >> All Blog Articles >> What We Know and Don’t Know About Memory Loss After Surgery POCD is a relatively unknown but common condition, especially among older adults By Judith Graham Kaiser Health News May 21, 2018 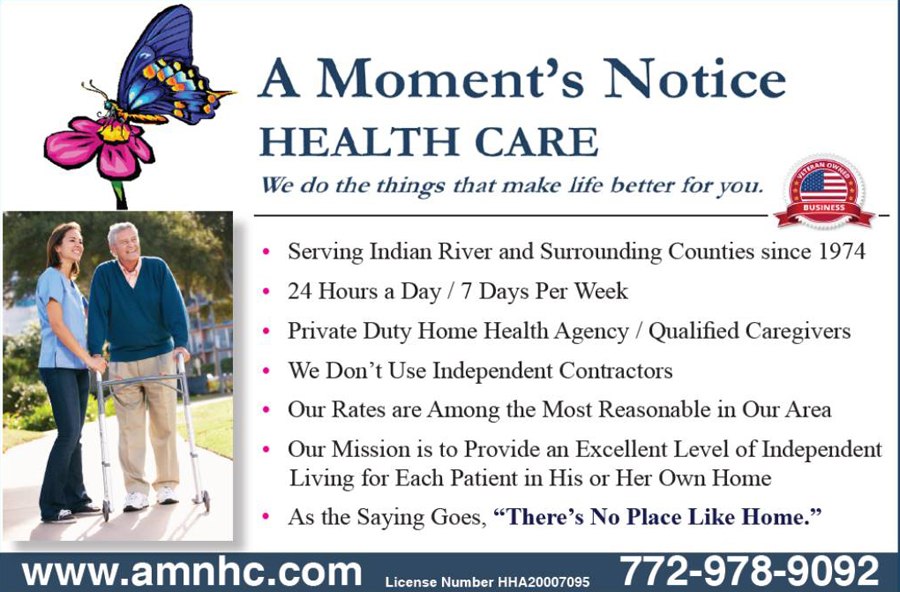 What We Know and Don’t Know About Memory Loss After Surgery POCD is a relatively unknown but common condition, especially among older adults By Judith Graham Kaiser Health News May 21, 2018 Share this page: 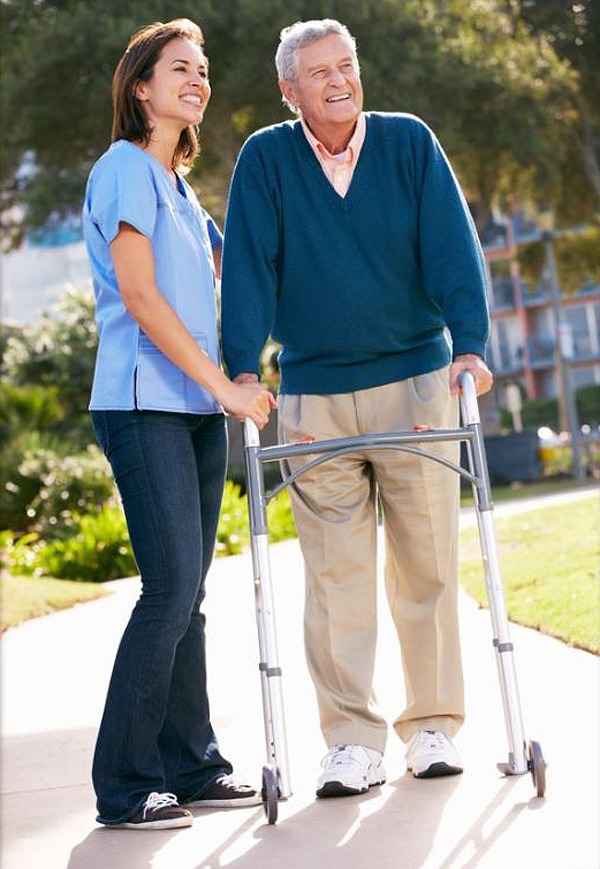 Two years ago, Dr. Daniel Cole’s 85-year-old father had heart bypass surgery. He hasn’t been quite the same since.

“He forgets things and will ask you the same thing several times,” said Cole, a professor of clinical anesthesiology at UCLA and a past president of the American Society of Anesthesiologists.

“He never got back to his cognitive baseline,” Cole continued, noting that his father was sharp as a tack before the operation. “He’s more like 80 percent.”

A Condition Affecting Many

“There is no single presentation for POCD. Different patients are affected in different ways,” said Dr. Miles Berger, a POCD specialist and assistant professor of anesthesiology at Duke University School of Medicine.

Unlike delirium — an acute, sudden-onset disorder that affects consciousness and attention — POCD can involve subtle, difficult-to-recognize symptoms that develop days to weeks after surgery.

Most of the time, POCD is transient and patients get better in several months. But sometimes — how often hasn’t been determined — this condition lasts up to a year or longer.

Dr. Roderic Eckenhoff, vice chair for research and a professor of anesthesiology at the Perelman School of Medicine at the University of Pennsylvania, told of an email he received recently from a 69-year-old man who had read about his research.

“This guy — a very articulate man — said he was the intellectual equal of his wife before a surgery 10 years ago, a significant operation involving general anesthesia. Since then, he’s had difficulty with cognitively demanding tasks at work, such as detailed question-and-answer sessions with his colleagues,” Eckenhoff said. “He noticed these changes immediately after the surgery and claims he did not get better.”

There are many unanswered questions about POCD. How should it best be measured? Is it truly a stand-alone condition or part of a continuum of brain disorders after surgery? Can it be prevented or treated? Can it be distinguished in the long term from the deterioration in cognitive function that can accompany illness and advanced aging?

Some clarity should come in June, when a major paper outlining standard definitions for POCD is set to publish simultaneously in six scientific journals and scientists will discuss the latest developments at a two-day POCD summit, according to Eckenhoff.

Background  POCD first began to be studied systematically about 20 years ago. But reports of patients who appeared cognitively compromised after surgery date back about 100 years, Eckenhoff said.

An influential 1955 report in The Lancet noted common complaints by family or friends after someone dear to them had surgery: “He’s become so forgetful. … She’s lost all interest in the family. … He can’t concentrate on anything. … He’s just not the same person since.”

How to recognize the condition  There is no short, simple test for POCD. Typically, a series of neuropsychological tests are administered before and after surgery — a time-consuming process. Often, tests are given one week and again three months after surgery. But the tests used and time frames differ in various studies. Studies also define POCD differently, using varying criteria to assess the kind and extent of cognitive impairment that patients experience.

How common is it?  The first international study of older adults (those age 60 and older) with POCD in 1999 suggested that roughly 26 percent of patients had this condition one week after a major non-cardiac surgery, such as a hip replacement, while about 10 percent had it three months after surgery.

Two years later, a study by researchers at Duke University Medical Center, published in the New England Journal of Medicine, found that 53 percent of adults who had heart bypass surgery showed significant evidence of cognitive decline when they were discharged from the hospital; 36 percent were affected at six weeks; 24 percent, at six months; and 42 percent, five years after their operations.

Another Duke study of older adults who had knee and hip replacements found that 59 percent had cognitive dysfunction immediately after surgery; 34 percent at three months; and 42 percent at two years.

Other studies have produced different estimates. A current research project examining adults 55 and older who have major non-cardiac surgeries is finding that “upwards of 30 percent of patients are testing significantly worse than their baseline three months later,” according to its lead researcher, Dr. Stacie Deiner, vice chair for research and associate professor of anesthesiology, geriatrics and palliative care, and neurosurgery at the Icahn School of Medicine at Mount Sinai in New York City.

Vulnerabilities  The risk of experiencing POCD after surgery is enhanced in those who are older, have low levels of education or have cognitive concerns that predate surgery. Adults age 60 and older are twice as likely to develop POCD as are younger adults — a development that increases the risk of dying or having a poor quality of life after surgery.

“People who are older, with some unrecognized brain pathology, or people who have some trajectory of cognitive decline at baseline, those are the patients who you’re going to see some change in one, two or three years out,” said Charles Hugh Brown IV, assistant professor of anesthesiology and critical care medicine at Johns Hopkins Medicine.

Researchers have examined whether the type of anesthetic used during surgery or the depth of anesthesia — the degree to which a patient is put under — affects the risk of developing POCD. So far, results have been inconclusive. Also under investigation are techniques to optimize blood flow to the brain during surgery.

Mechanisms at work  What’s responsible for POCD? The drugs administered during anesthesia or the surgery itself? Currently, the evidence implicates the stress of surgery rather than the anesthesia.

“Most surgery causes peripheral inflammation,” Eckenhoff explained. “In young people, the brain remains largely isolated from that inflammation, but with older people, our blood-brain barrier becomes kind of leaky. That contributes to neuroinflammation, which activates a whole cascade of events in the brain that can accelerate the ongoing aging process.”

At Mount Sinai, Deiner has been administering two-hour-long general anesthesia to healthy older adults and evaluating its impact, in the absence of surgery. Older adults are getting cognitive tests and brain scans before and after. While findings haven’t been published, early results show “very good and rapid cognitive recovery in older adults after anesthesia,” Deiner said. The implication is that “the surgery or the medical conditions surrounding surgery” are responsible for subsequent cognitive dysfunction, she noted.

Advice  Currently, most patients are not told of the post-surgical risk of POCD during the process of informed consent. That should change, several experts advise.

“Beyond question, patients should be informed that the ‘safety step’ of not undergoing surgery is theirs to choose,” wrote Dr. Kirk Hogan, professor of anesthesiology at the University of Wisconsin-Madison School of Medicine and Public Health, in an article published earlier this year. “Each patient must determine if the proposed benefits of a procedure outweigh the foreseeable and material risks of cognitive decline after surgery.”

“Surgery is a good thing — it improves quality of life — and most older patients do really well,” said Brown of Hopkins. “Our trick is to understand who we really need to identify as high-risk and what we can do about modifiable factors.

“If you’re older and suspect you have cognitive issues, it’s important to let your family physician as well as your surgeon and anesthesiologist know that you’re concerned about this and you don’t want to get worse. That should open up a conversation about the goals of surgery, alternatives to surgery and what can be done to optimize your condition before surgery, if that’s what you want to pursue.”

“We want people to know this does happen but not be too concerned because, typically, it does go away,” said Eckenhoff. “That said, don’t try to make cognitively demanding decisions in the first 30 days after an operation. And make sure your caregivers are prepared to help with anything from paying bills and balancing the checkbook to ensuring that you’re caring for yourself adequately and communicating well with your doctor.”

KHN’s coverage of these topics is supported by Laura and John Arnold Foundation and Gordon and Betty Moore Foundation.

Judith Graham is a contributing writer to Kaiser Health News and Next Avenue.